Humber’s Bachelor of Film and Media Production degree program combines theory and practice with the goal of preparing students for a rewarding career in media. Students learn a variety of screenwriting and storytelling techniques and combine them into compelling visual narratives.

Taught by professors highly experienced in the film industry, this rigorous program covers a broad range of practical and academic topics such as direction, picture and sound editing, cinematography, videography, and post-production. Students are engaged in both fiction and nonfiction filmmaking, giving them vital research and management abilities. In addition to standard film school topics, this program focuses on multiplatform delivery, ensuring graduates are ready to take advantage of new digital content channels. A film and media theory component is combined with courses such as entertainment law and media entrepreneurship, preparing graduates for their careers in film.

Check out this Event to see more from Bachelor of Film & Media Students:

An exhibition of some of the capstone projects created in the 4th year of the Bachelor of Film and Media Production program. 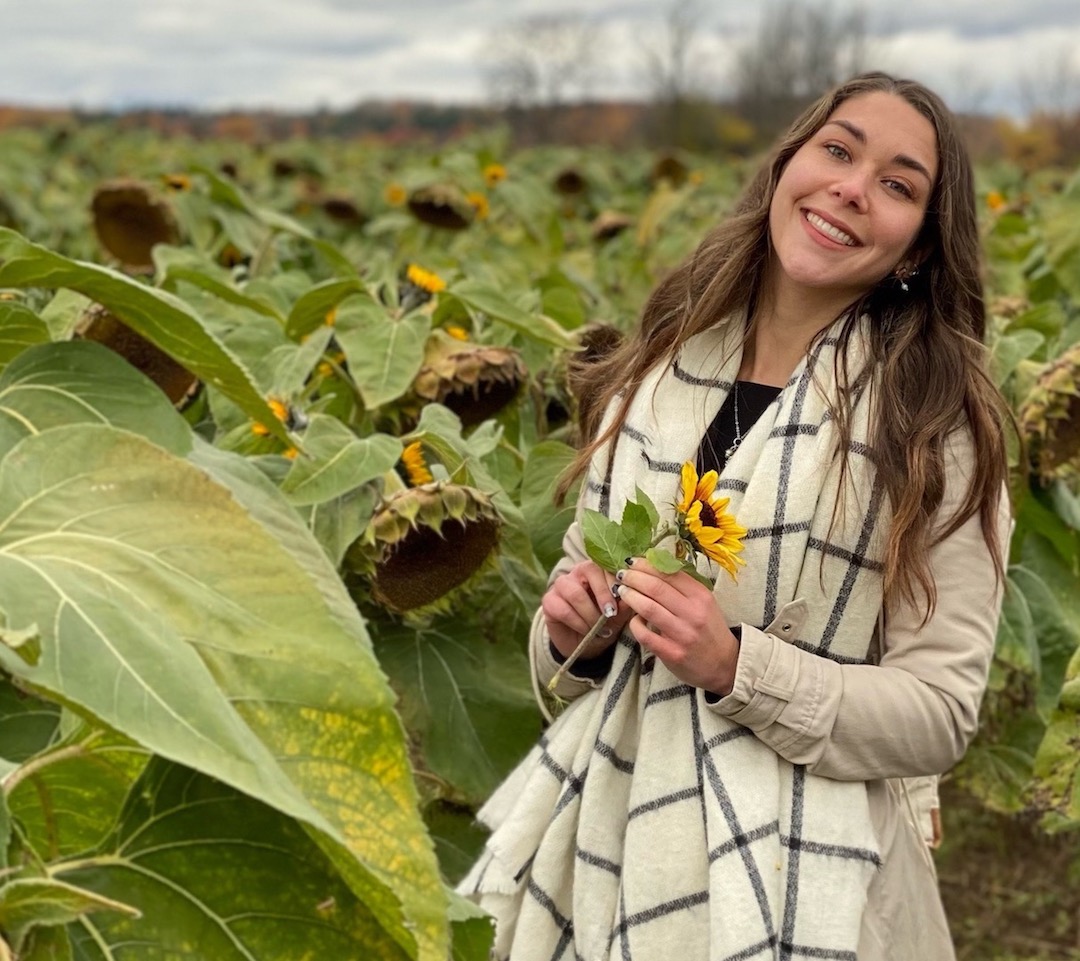 Alana is an aspiring writer/director with an interest in a variety of genre pieces and drama feature films, with a special focus on coming of age stories. Growing up as the Designated “Film Kid,” Alana has spent the last four years at Humber working hard toward her lifelong dream of bringing stories to life onscreen, and exploring the fine balance between homage and fresh originality. Thanks to a vibrant semester abroad in Denmark, Alana had the opportunity to learn more about where film and fashion, her two deepest passions, intersect to create an entirely new world for both art forms – this included the opportunity to make a short, three-part comedy about a haunted jacket, working with an incredible international team. In her fourth year, Alana has been writing a script for a feature film that brings a touch of darkness to the pink world of the iconic 2000s teen movie genre. Along with this, she has had the wonderful opportunity to produce a stop motion short, Stitch Fix, with Rachel Jackson and Mallory Pogue. To further explore and celebrate her love of not only films, but the film community, Alana has recently launched a film analysis blog, @box.dog.critique, in which she breaks down the complexities behind the subjectivity that makes movies of all eras a little bit of good, bad, and terribly corny. 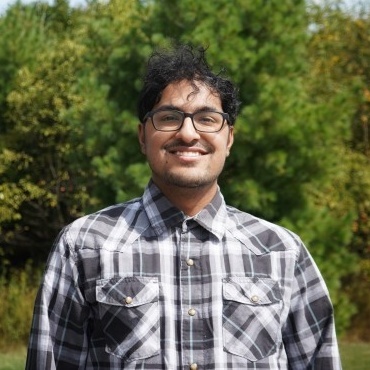 Andrei is an emerging writer, director, and editor, and is interested in an array of visual mediums such as short films, televised content, and web series. Andrei is willing to work on projects which focus on different stories, themes and genres, and is open to working on projects which will help him improve his skill set. Andrei has enjoyed working on projects which can tell engaging stories, and during his time in Humber College has written, and/or directed short films such as “The Overseer” (written by Parker Ogilvy) and “Joyeux Noire”. He has also tried his hand as a sound recordist on projects, such as “Passage” (directed by Thomas Keroglidis). Among his recent work, Andrei was a producer on the documentary “Marky Monday” (directed by Cole Fisher). He is also the writer and director of the short film “Crossing Over” which is currently in pre-production. Andrei is enthusiastic about taking on new challenges and learning and improving upon his work.

Brad helps people and businesses tell a story and build their brand. At heart, he  cares about promoting what small businesses work so passionately for. With  more than 6 years of video production experience, Brad has worked on several  valuable projects including commercials for local Canadian businesses and  short-film projects for graduating post-secondary students. Before  co-founding In the Making Media, a video production company, Brad worked  freelance as a videographer where he was responsible for his own pitching,  scriptwriting, filming, and editing. In his spare time he edits his album of  photos, and crafts Spotify playlists or Letterboxd lists to binge from. 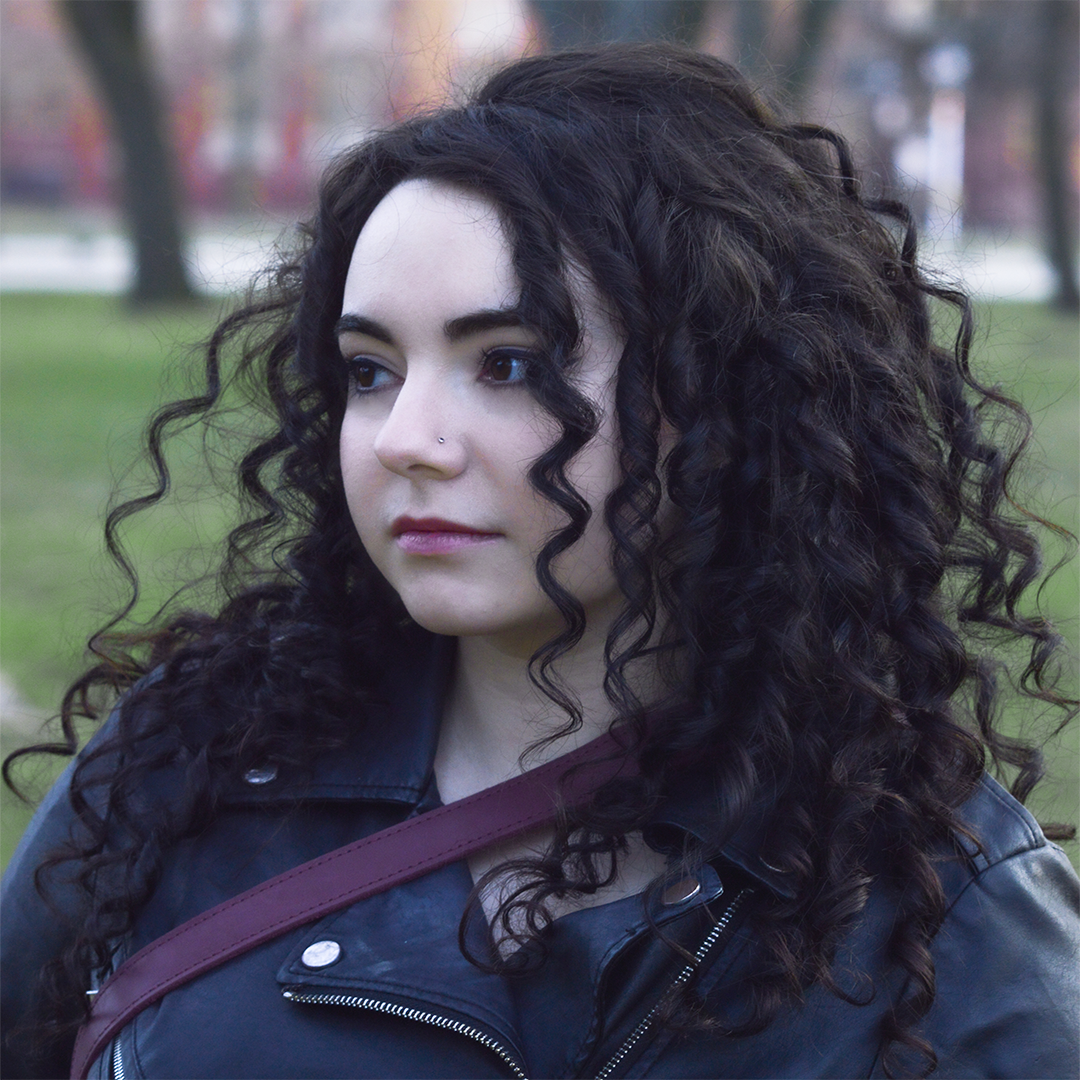 Charlotte is an emerging storyteller and artist who combines her passion for animation, fantasy, folklore and history to create unique and sometimes strange characters and worlds for her audience to get lost in. Throughout her years at Humber College, she wrote and directed 3 films and created an animation component for a documentary called Daughters of La Llorona. In early 2019 she became interested in the art of puppetry, inspiring her to write and direct her first stop motion short animation film, Cage Affliction about a half-human half-rat girl named Lore. It is through this film she discovered the magic that happens when hundreds of still shots give life to the inanimate. In the end of 2019, she wrote and directed a historical post WWII dramatic short film called, War Child inspired by her own family history. Her next film, Efflorescence is an ambitious proof-of-concept for her working feature script, that will push her skills further than any other film thus far. 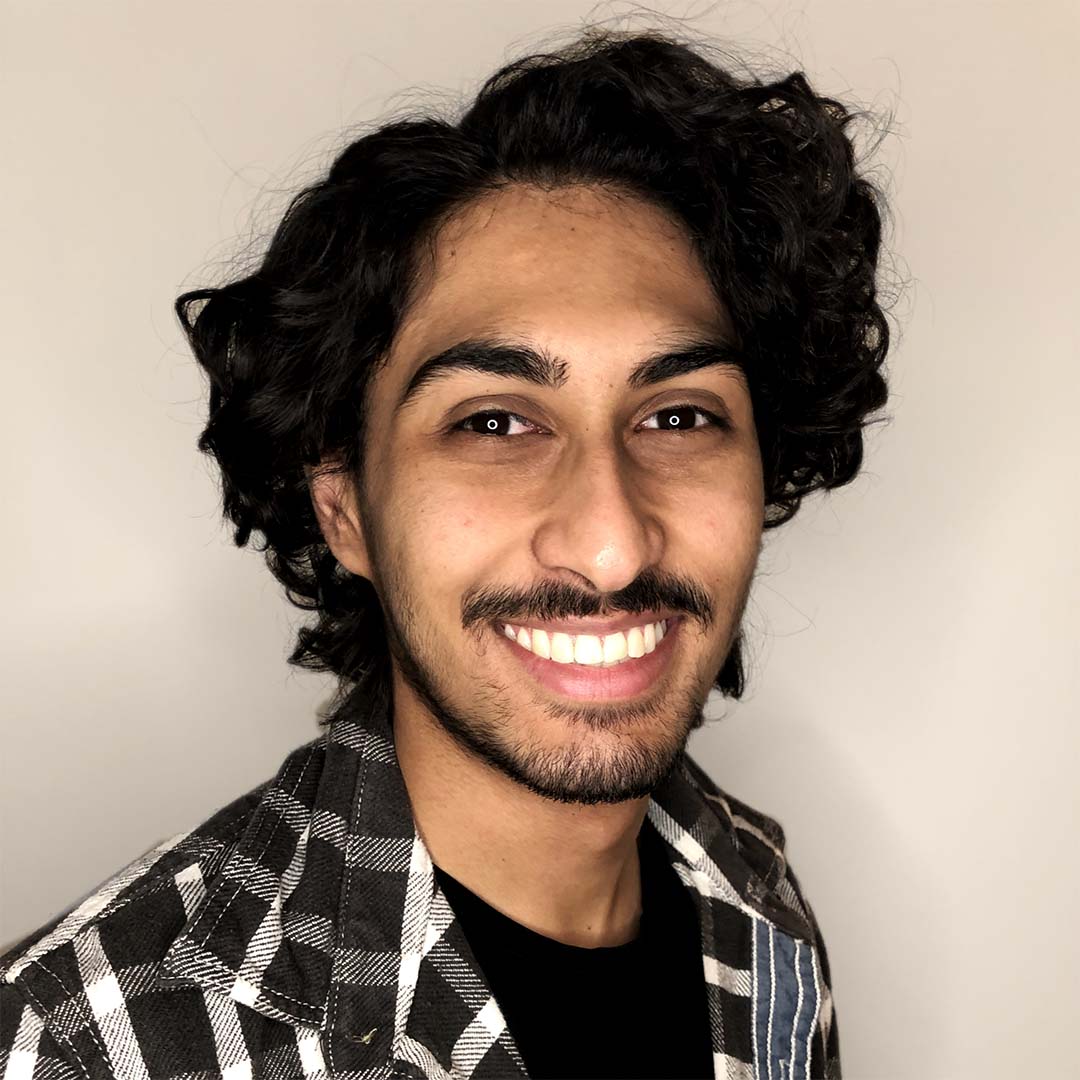 Gibran is an upcoming and emerging colourist who also enjoys editing. He is fairly skilled in DaVinci Resolve and can easily roundtrip between Resolve and Premiere. Aside from colouring, Gibran has worked on multiple student shorts as a DOP, gaffer, editor, focus puller, and camera assistant. He is aiming to work on the production side of advertising, helping bring creative ads to life. Amongst his most recent work, Gibran was the DOP, key gaffer, and colourist for a documentary titled “The Longest Road”. He is also known for gaffing on short films and music videos such as “The Act of Reacting” and “Moment of Clarity”. To date, Gibran has worked on two short, unofficial ads; one for Jenga and the second for Red Bull. His skill set in multiple key roles makes him a one of a kind jack of most trades. 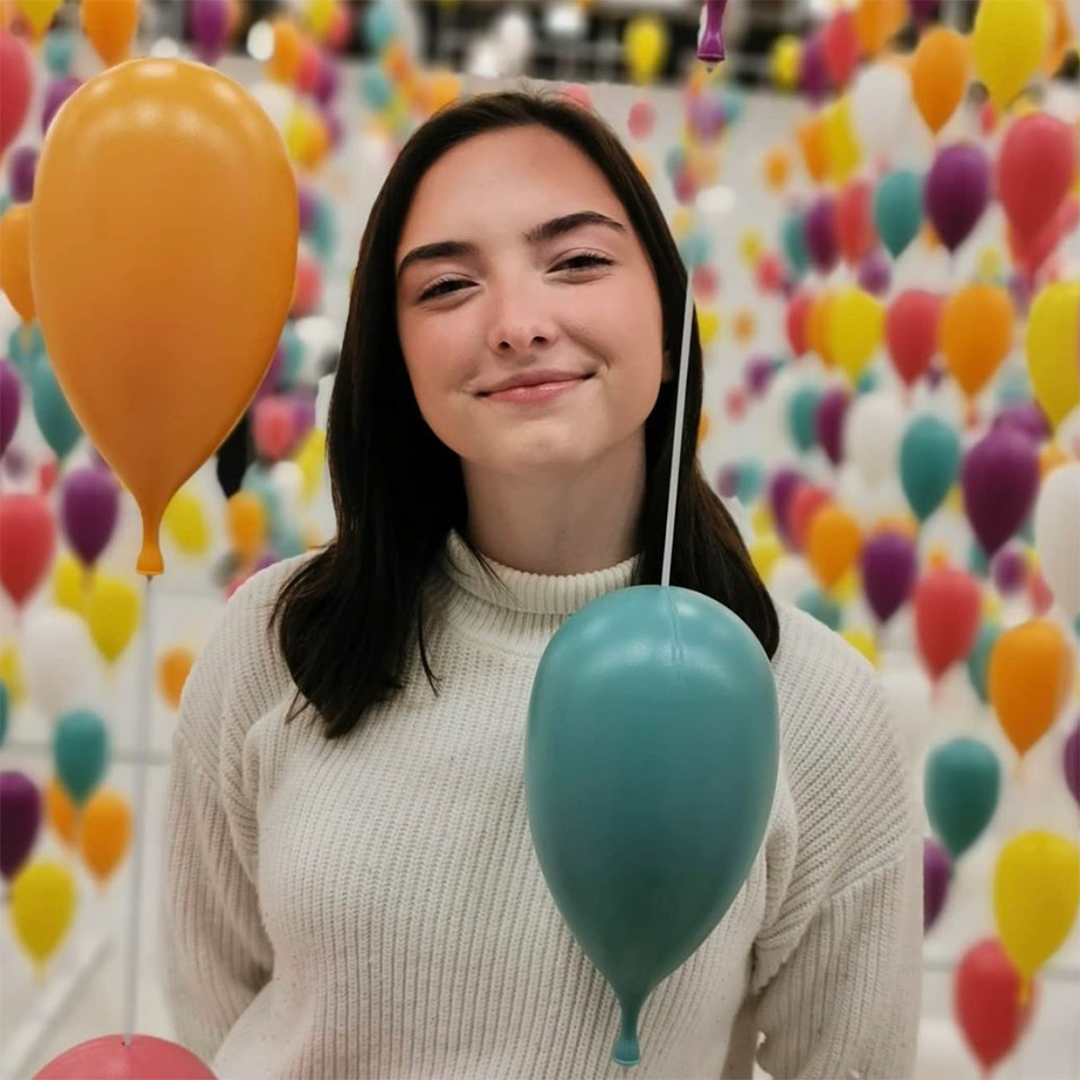 Mallory is passionate about writing and directing, focusing on short form scripted content. She thrives on bringing stories to life, seen in her projects created while attending Humber College. Mallory has written, directed, and produced her own short, "Don't Look," as well as directed other projects, including "Queens," and the upcoming thesis project, "One Night" (written by Shannon Quigley). Mallory has additional experience working in other areas of film, including producing the documentary, "Behind the Call," (directed by Meaghan Park) art department on "Crossing Over," (directed by Andrei Lobo) and animator on "Stitch Fix" (directed by Rachel Jackson). Her versatility coupled with a drive for learning and growing makes her an experienced creative and valuable team member. 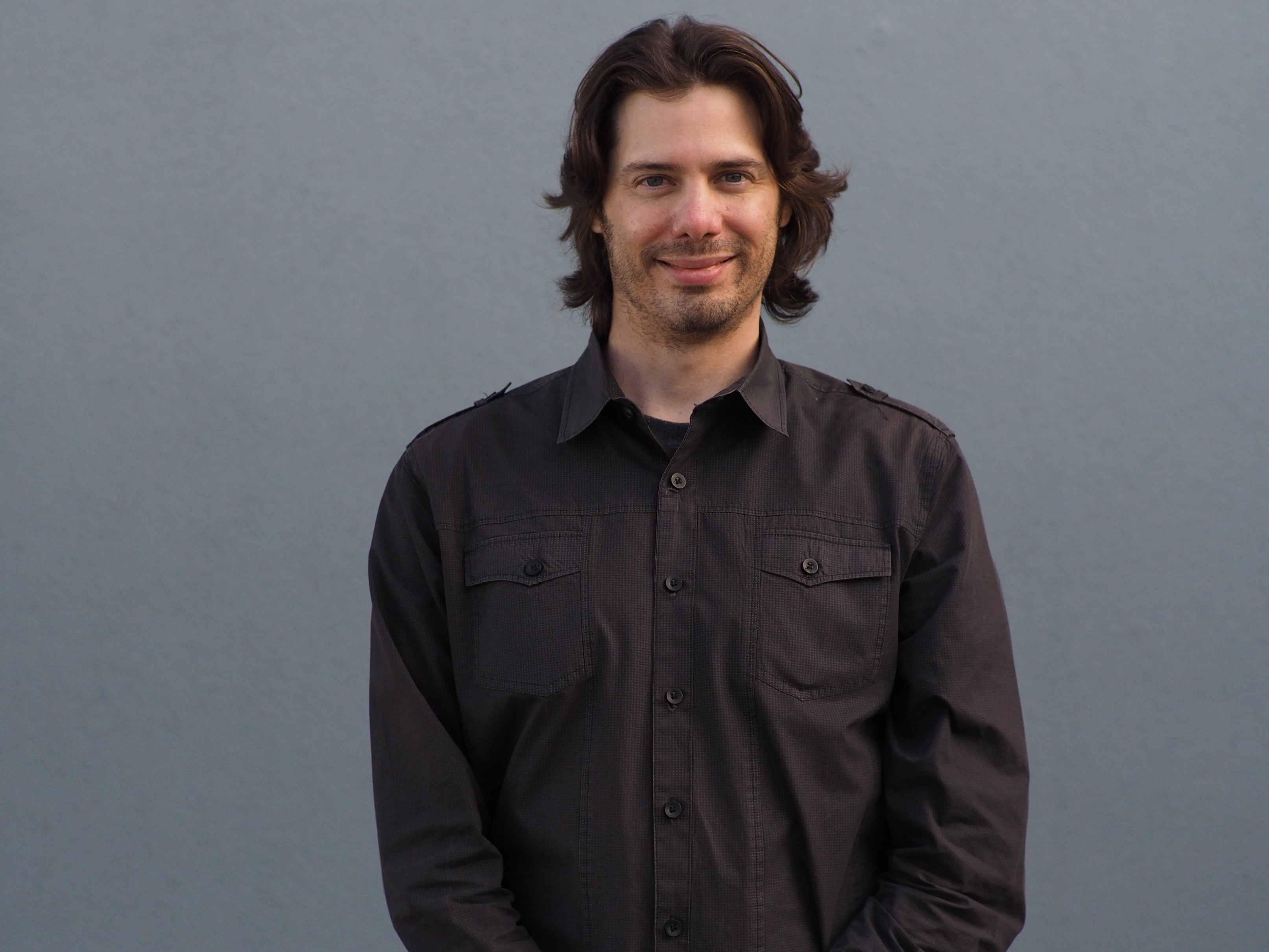 Matt Wheeler enjoys watching, making, and dreaming about films. He has supported his friends and classmates through his work on set and in post-production. He is currently co-directing Pink Lilies, as well as creating and editing all manner of audio. In the future, Matt plans to continue to look for new and interesting stories to hear and tell. 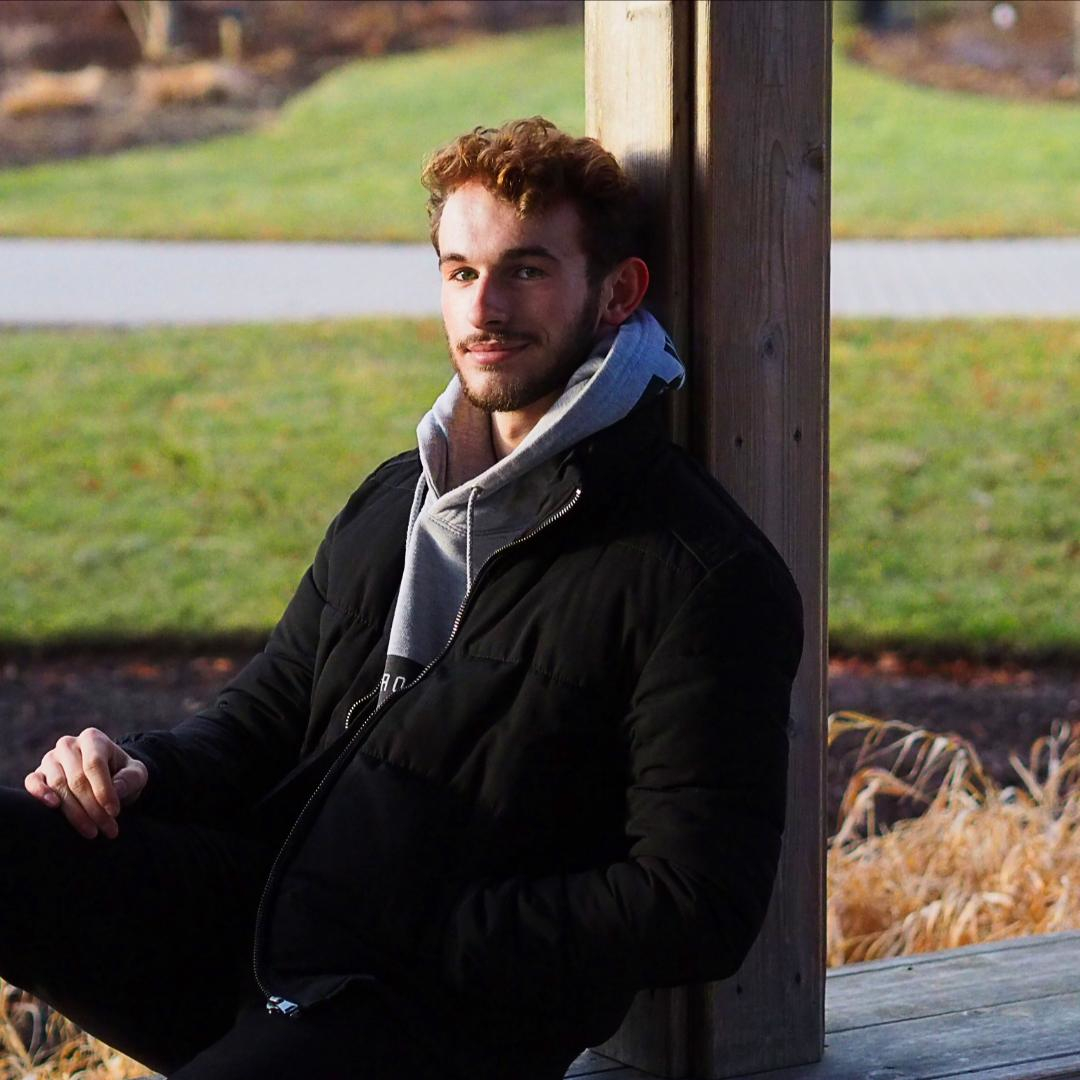 Matt is an emerging director and cinematographer, and is interested in short drama, documentary, as well as advertising. Matt is drawn to handheld filmmaking, and has worked on a diverse range of projects to hone a wide variety of skills. He got his start in high school on YouTube, making parkour videos and amassing nearly 2 million views. In college he has worked as Director of Photography and Colourist on the short film "Mind Game," which was directed by Sadie Maycock, and put his directing skills to the test on the short documentary "The Longest Road." He is also working on the short film "Pink Lilies" as Director of Photography, which is currently in pre-production. Matt has been branching out recently and trying his hand at advertising content by creating short spec ads that are viewable on his portfolio. Matt is always in search of new skills to learn and unique projects to work on, in pursuit of an "all-in-one" skillset, making him a good fit for almost any role on any project. 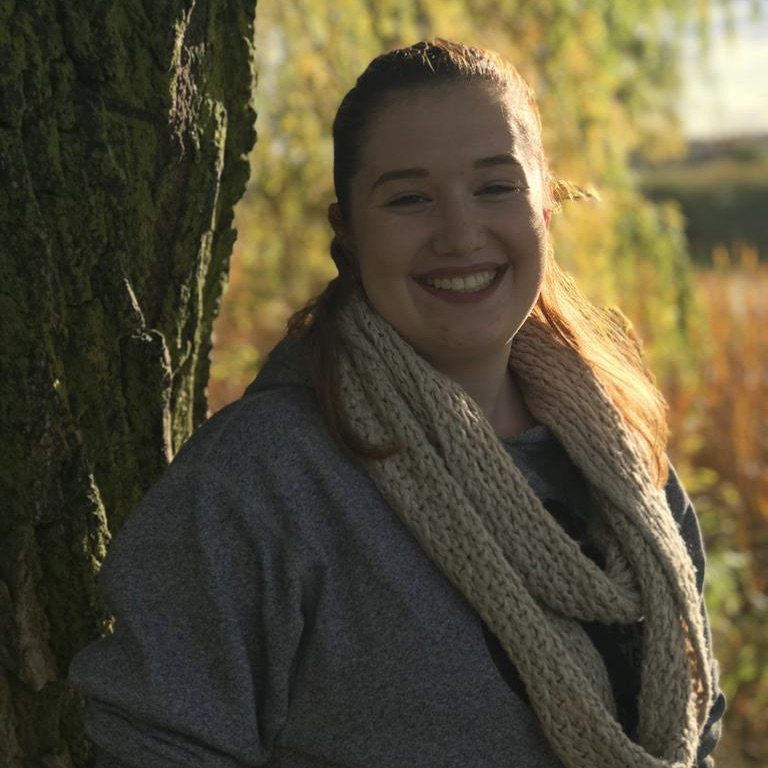 Meaghan's passion in the film industry is on the more organizational side of things. Throughout the film and media production program, Meaghan worked on documentaries, dramatic shorts and commercials. She aspires to be a Producer, Production Manager, and 1st Assistant Director. While she leans more to the production roles, she is interested in Directing and is looking to gain experience to sharpen her skills. She entered the filmmaking industry because movie-making has always been a passion of hers. Growing up, she watched movies as everything seemed possible, and getting to dive into the fantasy of the film's reality was captivating to her. She became fascinated with watching the "Behind the Scenes Extras" in movies which eventually led to her interest in creating such stories. Meaghan directed her first short film, "The Last Talk," at the bigging of third year. Before the pandemic, she then directed "Behind the Call," a documentary focused on PTSD surrounding Paramedics. The most recent projects she's worked on are "Pink Lilies" and "Crossing Over" as the Producer. Both projects are still in the works. 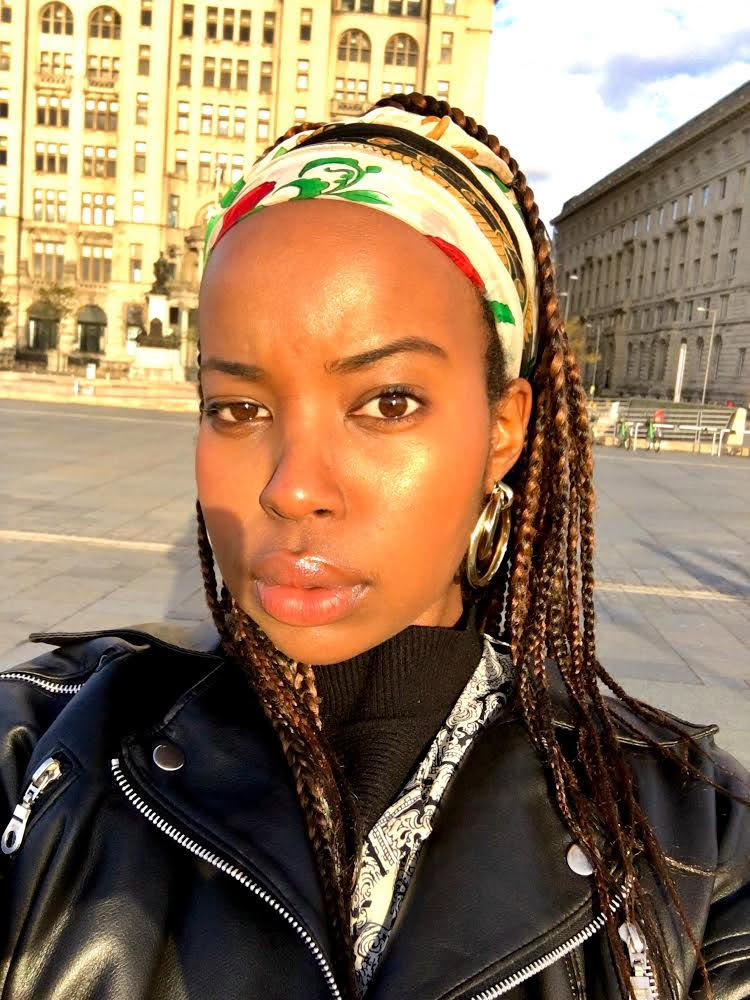 Ndenzi Bideri is an emerging film director, who has an interest in documentaries. Aside from directing, she is also passionate about sound design. In the near future, she hopes to create a scripted series that will be developed. In addition, production design, is another avenue she sees herself engaging in. Behind a beautiful team, Ndenzi is the director of “We Wear The Mask.” She has also directed and edited an upcoming short (Bloom), that is still in post. She has also had the privilege to travel to Manchester, England – where she gained a unique experience and was able to build up her knowledge and skills. Ndenzi is someone who is open to learning, and working on a collective range of projects - which will help her further develop as a creator. 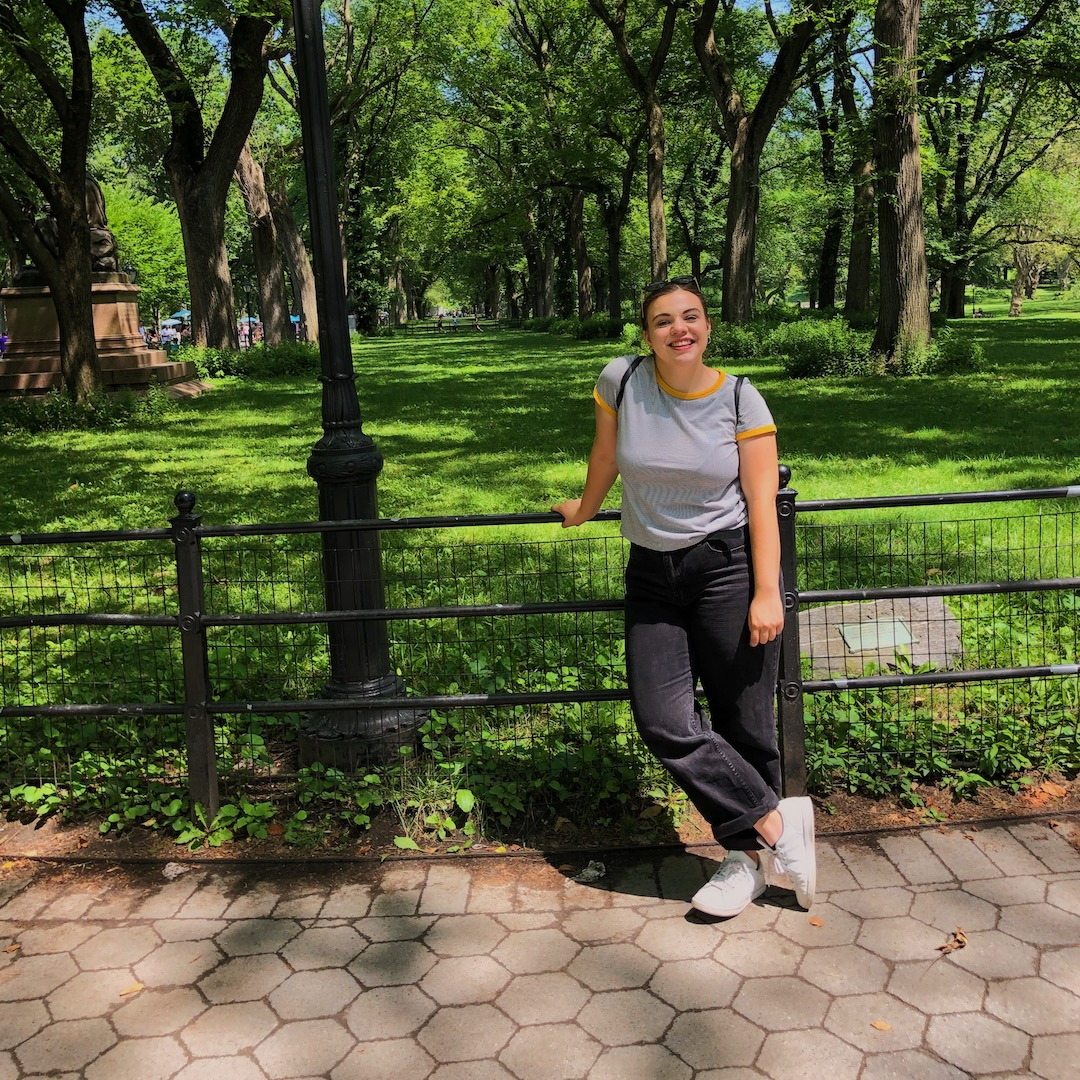 Rachel is an aspiring film and television producer looking to work in scripted and non scripted content. She has an interest in comedic work, kids’ content, dramatic pieces, and live television. While producing and production management is her main focus, she has also found a passion for picture and sound editing as well as development work. Her previous work includes producing, directing, filming, and editing a couple of music videos. She has done work editing several videos for Enactus Lambton, one of which was presented in front of the United Nations in 2020. She has recently branched out as director, producer, and animator for the embroidered stop motion piece “Stitch Fix.” She also has previous experience working as production manager and location manager on the short film “One Night,” written and produced by Shannon Quigley. Rachel’s passion to learn and hard working attitude makes her a standout member of any team. 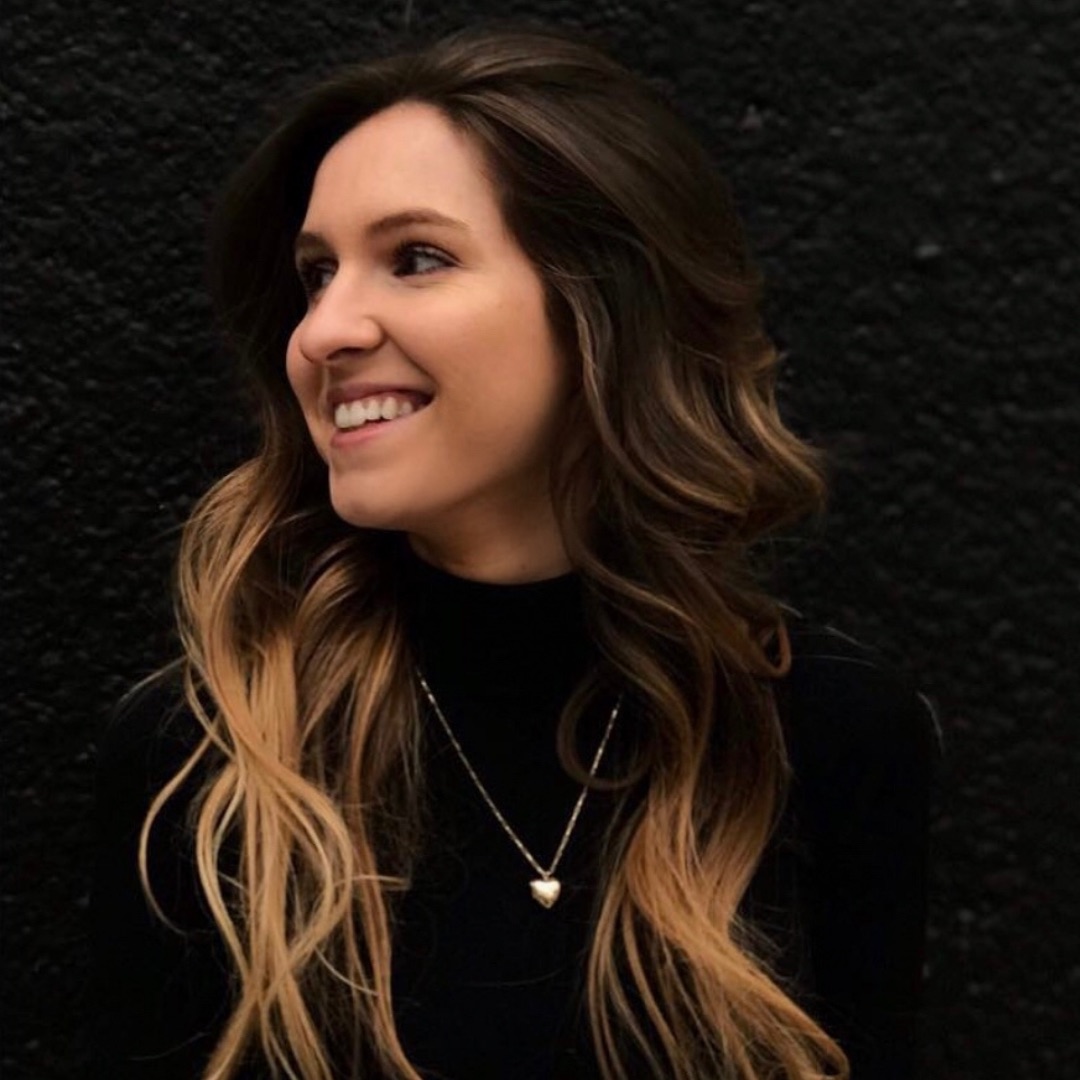 Sadie strives to direct and edit films that focus on social justice issues. Her passion lies within documentary filmmaking, but she enjoys working on diverse projects to broaden her skills and knowledge as a filmmaker. Sadie has built an extensive portfolio during her time at Humber College. Her strengths as a director have been applied to a short fiction film called Mind Game, a short documentary called We Are More Than That, and is currently in pre-production as a co-director and choreographer on a short film called Pink Lilies. Sadie is also directing and producing a feature length documentary, of her own, about a local Banff filmmaker and legend, named Eddie Hunter. Sadie has travelled extensively and carried with her a highly honed sense of curiosity while photographing and filming in places such as Chiang Mai, Thailand; Yangon, Myanmar; South African and Switzerland. Capturing raw and unpredictable moments while being educated by the world around her, underlies all her work.