Humber’s Bachelor of Music degree program is unlike any other four-year music degree in North America.

By combining the latest recording technologies and entrepreneurial business strategies with performance, production, songwriting and composition in jazz, pop, R&B, Latin and world music, students are well equipped with the knowledge and skills needed for success in today’s music world.

Check out these Events to see More Bachelor of Music Students' Work: 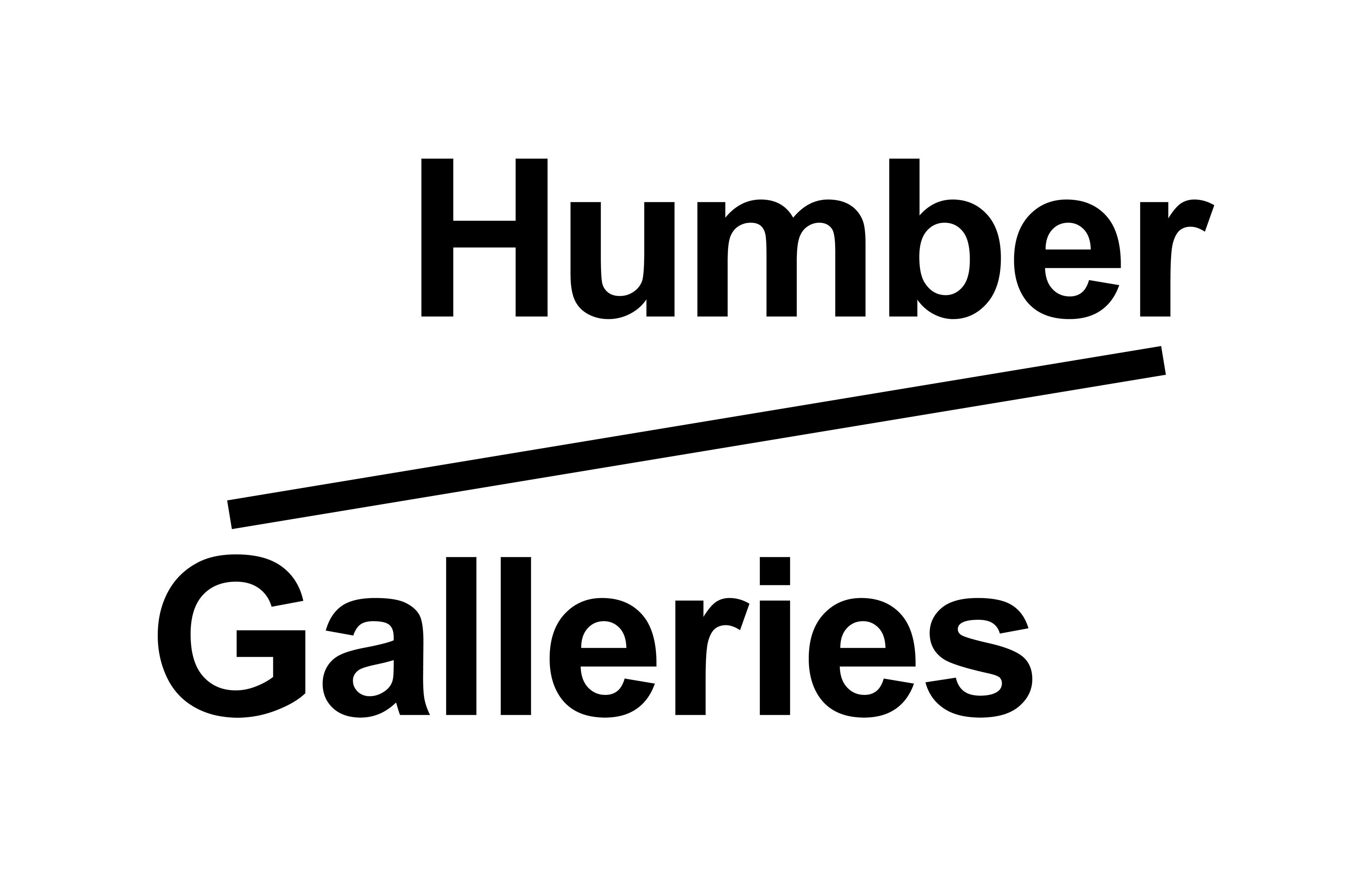 Humber Galleries is looking to explore how different disciplines can inspire creation in one another while working completely separated. Bringing together a group of multi-disciplinary Humber students to help us we’ve created a new project entitled “REACTIVATION”.

Each year, every graduating Humber Music degree student completes a recording project representing the culmination of their artistic vision and of the degree program. Pop, rock, folk, R&B, jazz, film music and more. While musical styles run the gamut, quality and a commitment to musical excellence is consistent throughout. Join students, friends, family, faculty, and music industry insiders for this end of year celebration! 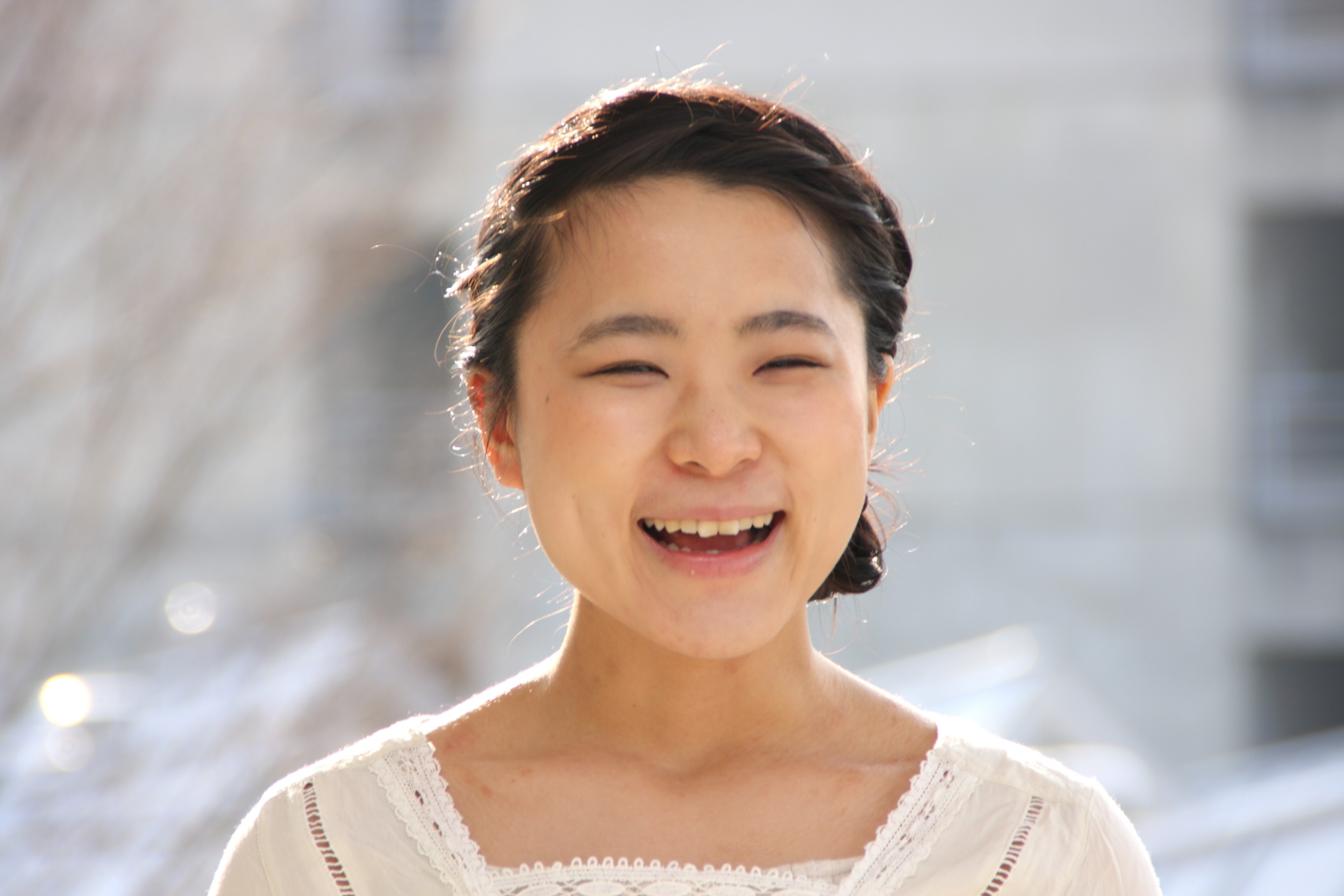 Tomoko Abe is a jazz vocalist, composer, and arranger. Originally from Sapporo, Japan. She started her career as a Jazz vocalist in Tokyo in 2008, and finally released 2 CDs before she came to Canada. She has been learning at Humber College Bachelor of Music Voice program with Shannon Gunn, Suba Sankaran, Dylan Bell, and Christine Duncan. She was the very first student who came from Japan and got into the Voice Program, and won a student award in her first to third year at Humber. Now she is very excited about making an EP with very talented musicians who are learning at Humber, and planning to release it after her graduation. One of her dream is create "Creative Bridge" among Canadian musicians and Japanese musicians to enhance more opportunities and revenues for young talented musicians. 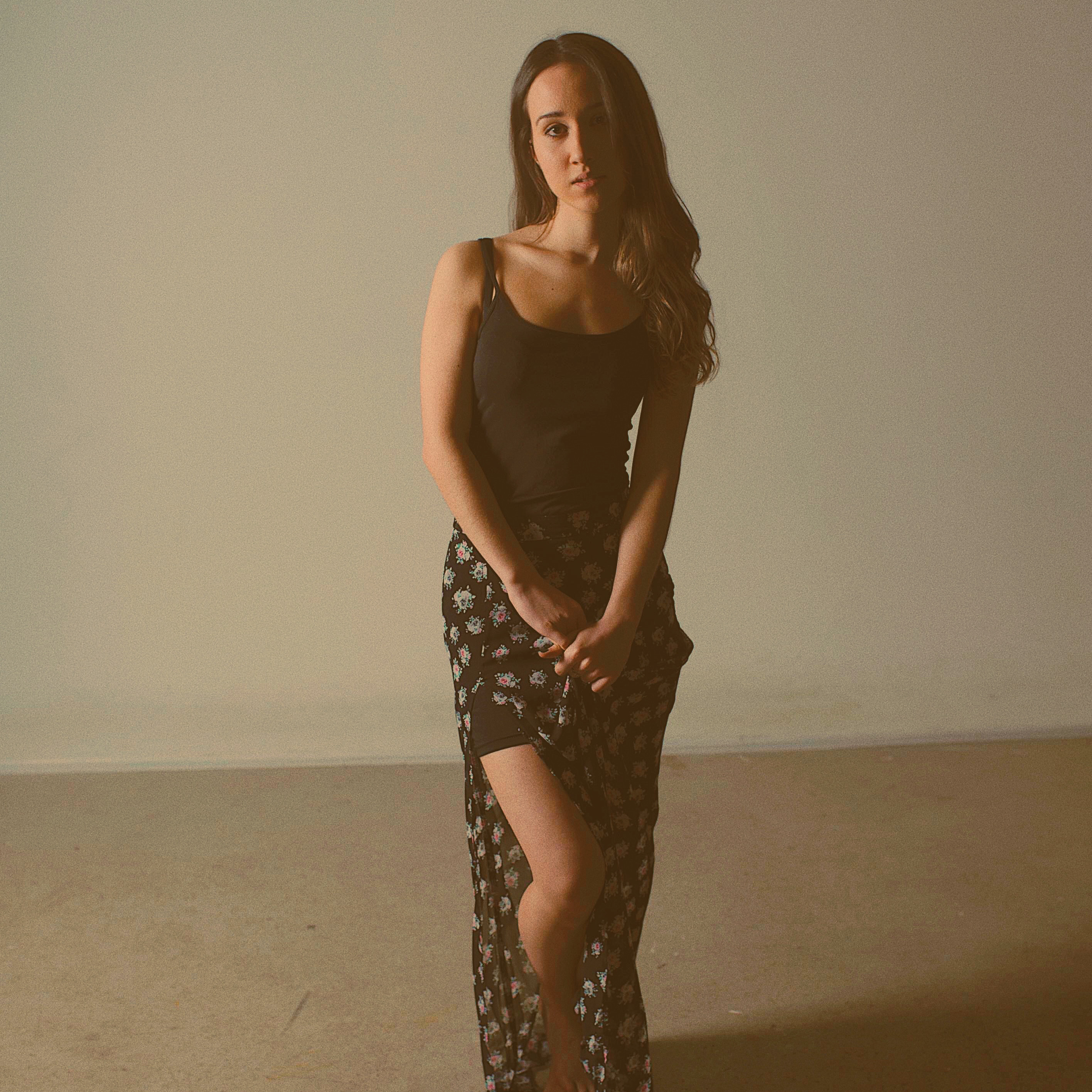 I am a singer-songwriting specializing in the field of audio production. I have formally studied music for the past six years and a musician developing alongside our society’s constantly evolving music industry, I find myself particularly interested in the importance of technological innovation as it relates to recording music, particularly the methods used to translate music’s mood and aesthetics through recording techniques and software manipulation. Music has long been a means for me to communicate my emotions and ideas to an audience. My music is a cross between alternative rock and country/folk, with pop being the foundation. I work a lot on building stories and images in my songs through lyrics, which is also pulled from the folk realm of music, and this is one of the most important things I hope listeners take away when they listen. 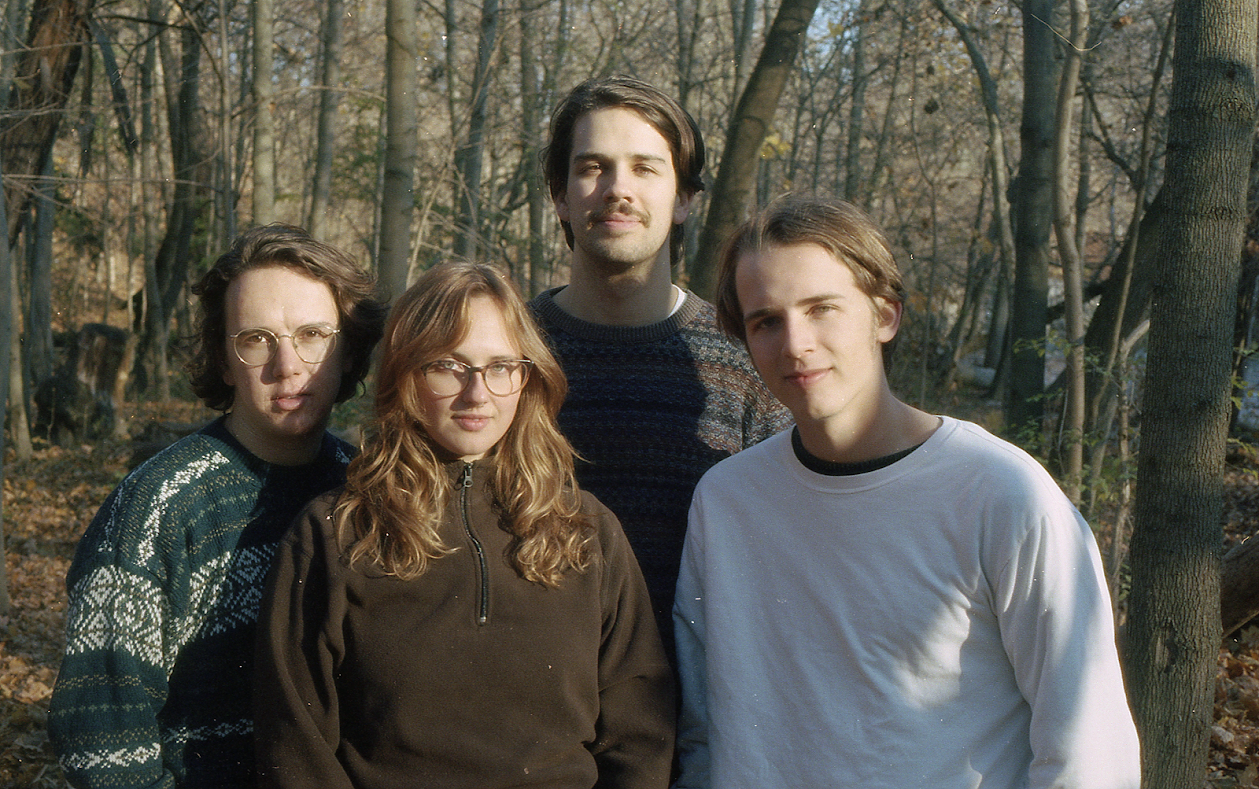 My name is Lauren Dillen, I am an indie/folk singer-songwriter. With influences like Neil Young, Adrianne Lenker, Twain, and Joni Mitchell, my songs speak to matters of the heart and stress an urgency of honest and compassionate living. Along with my dear friends and bandmates, my 4 piece indie/psych/folk group, Burs, takes the sentiments of my unembellished songs and stretches them into larger, energetic, and cathartic arrangements that could be related to likes of Big Thief, Hand Habits, or Alex G. We take pride in or ability to make big noise out of tender ideas. I hope that our music sparks introspection, an appreciation for the natural world, and creates some momentary relief from the intensities of living in today's world. Thank you for listening. 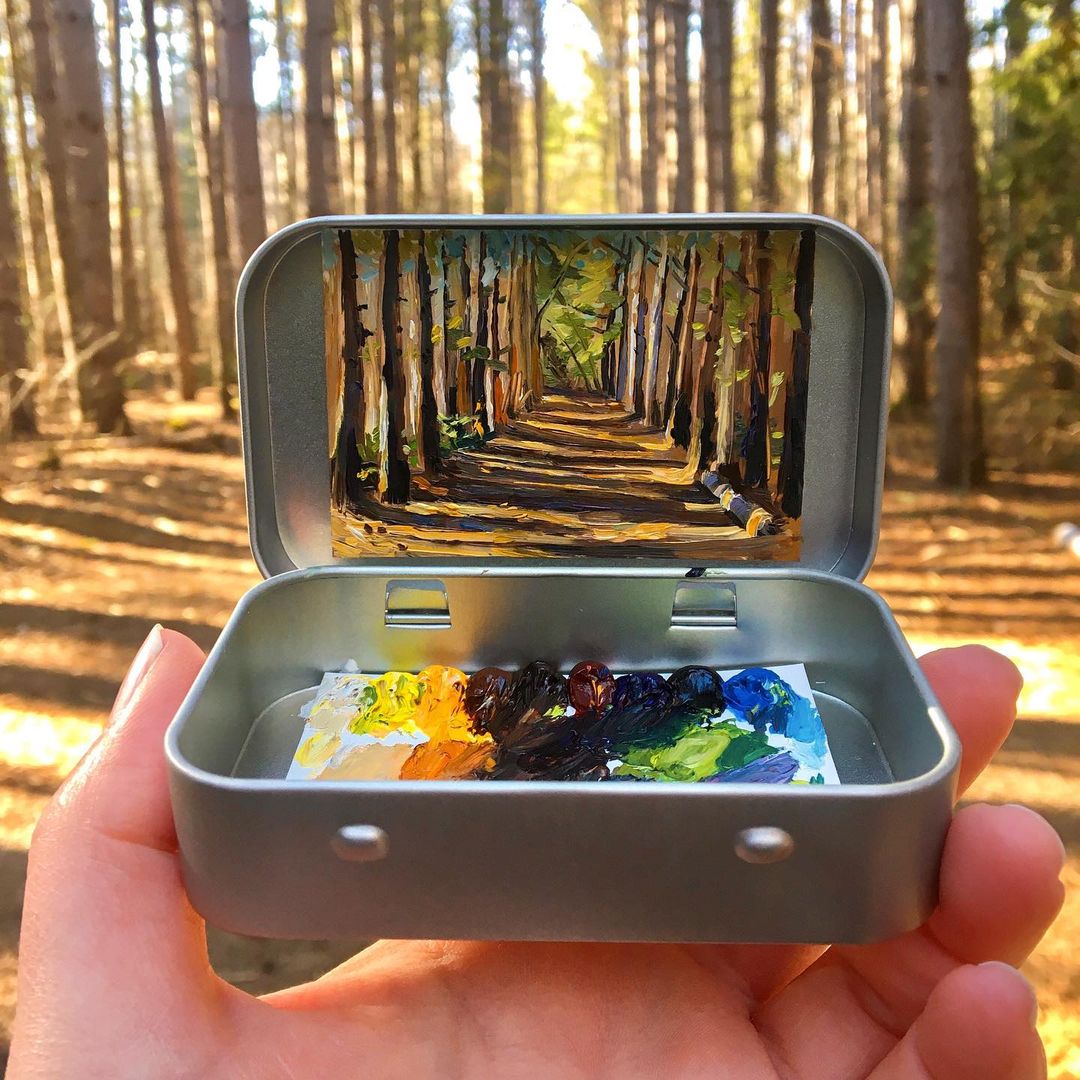 Martin McLaren is establishing himself as a captivating contemporary saxophonist, composer, and woodwind doubler. Currently a student at Humber College, he has studied with Alex Dean, Nick Morgan, Mike Downes, Mark Promane, Pat Labarbera, Herb Scott, Nancy Walker, David Occhipinti, Andy Ballantyne, John Macleod, Paul Hornbeck, Mark Ferguson, and Mike Tremblay. Martin has performed in styles ranging from jazz to folk to classical across Ontario and into parts of the United States, going as far north as Sault Ste. Marie, and as far south as Washington DC. He had the honour of performing with the Conn-Selmer Centerstage Jazz Band in 2016 with some of the top young musicians in the country. Martin’s music is inspired by a variety of sources, from everyday moments to the art of breadmaking. Stylistically it combines elements of Appalachian folk, jazz and Western art music. He can be found performing around Ontario with a variety of groups, including his quartet and as a member of the band Big and Small. 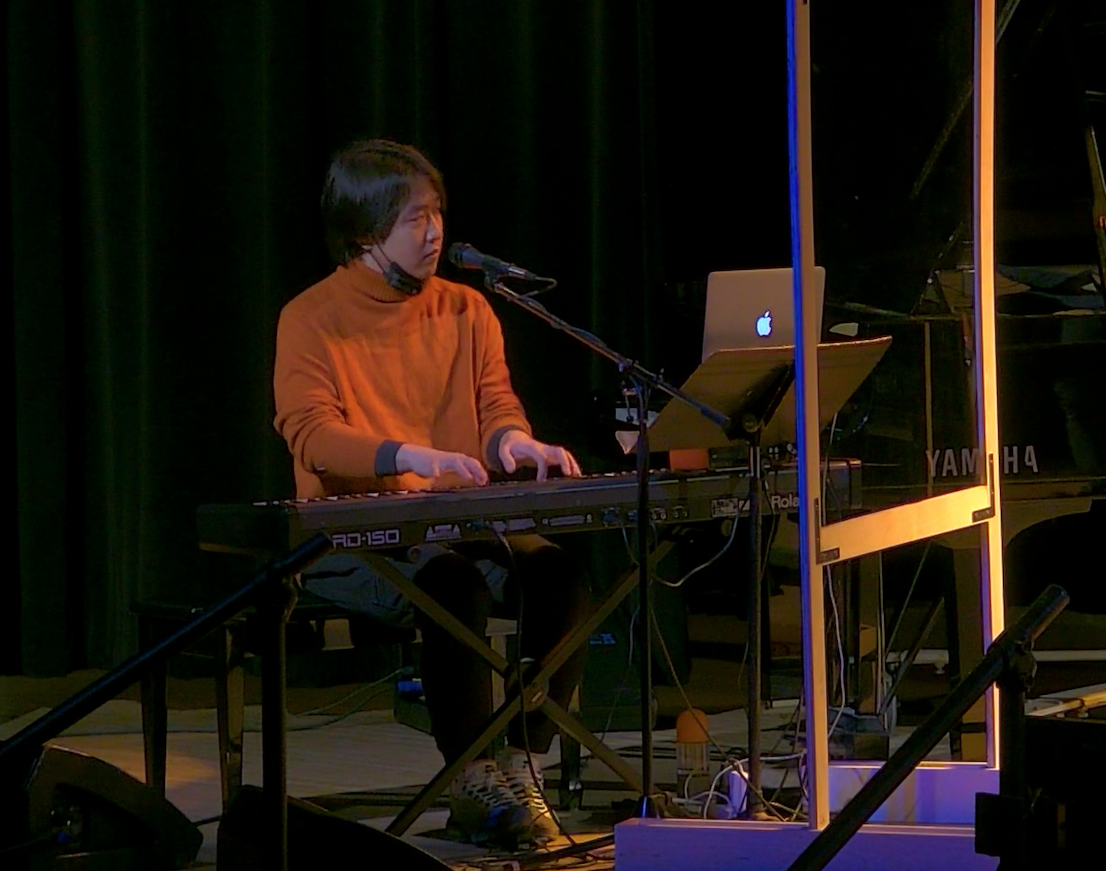 My name is Myunryu Kim, also called Allen. I'm from South Korea. I graduated from a music college with vocal major in Korea. Few years after graduation, I moved to Canada in 2014. I started keyboard major at Humber in 2016, and I'm right before graduating now. In Korea, I sang in bands and performed in clubs. In Canada, I've played and sung in a band for about 5 years. I've had a bunch of gigs and recording sessions with the band. I'm working on R&B and pop music mostly. I try to make music suitable to my voice. I've developed composing and arranging skills by studying at Humber, and still growing. I think my recording project at Humber indicate that pretty well. 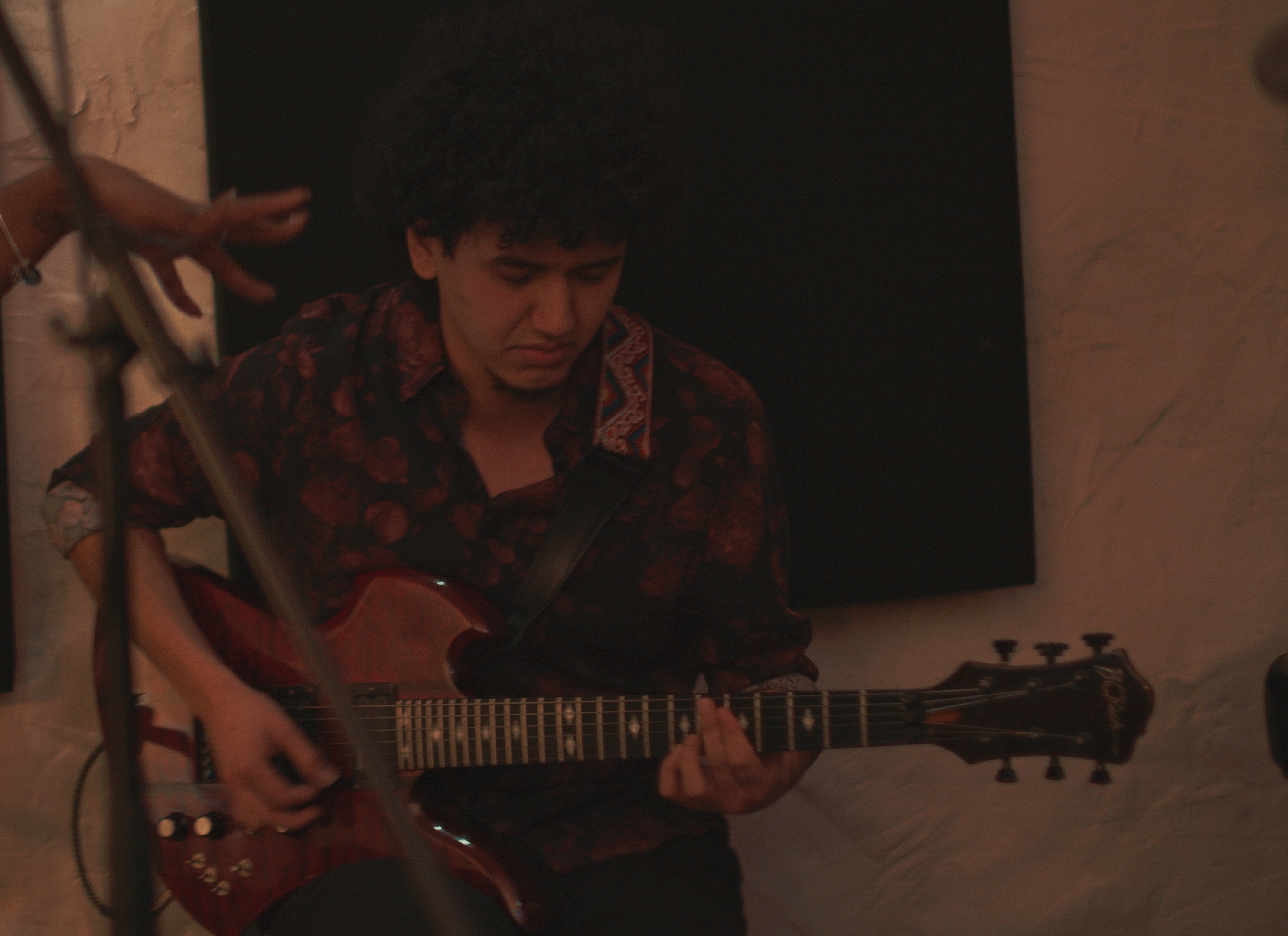 4 years ago I left Colombia, my home country, to pursue a music program at Humber college, where I hoped to get a better understanding of improvisational music, Jazz music, and their influence on contemporary popular music. Now as a senior year student, I'm trying my best to gather everything I've learned and stop asking the question: "What is music?" And ask instead: "What can music be?". This is an ongoing process, and one that I hope to continue through the rest of my life. It involves examining music from the academic perspective I'm so used to at this point: what are the notes? rhythms? harmonies? form? etc... But also from a "bigger picture" kind of perspective: what is the essence of Music? How does it relate to the essence of Art? Nature? Life itself? This is the journey that Lead the Blizzard, an EP influenced by math rock, jazz, Colombian folk music, and more, has started. 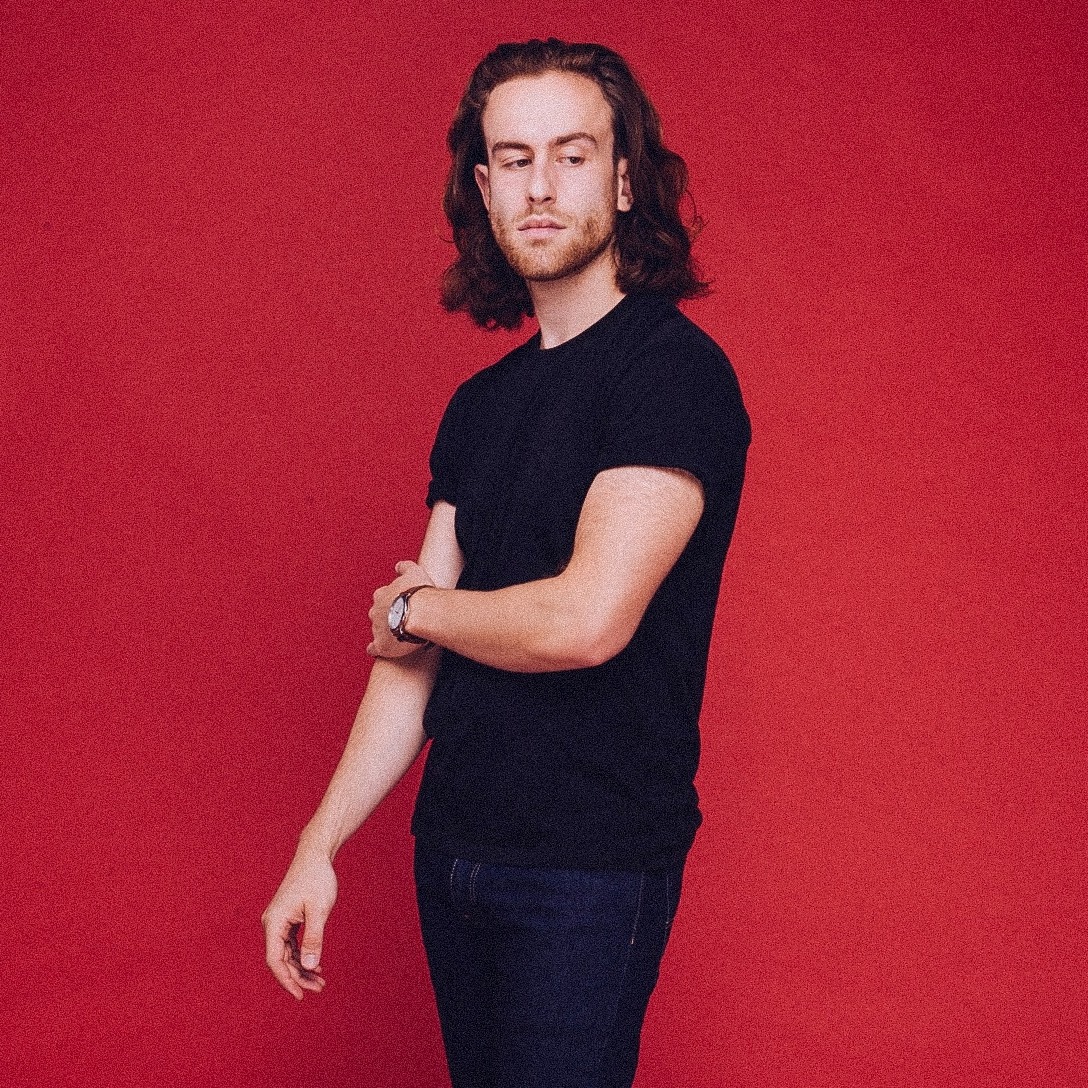 Tony Rosenberg is a musician, producer, songwriter, composer and arranger with experience in jazz, hip-hop, rock, pop, and Cuban music. With over 11 years of performance history, his career has involved collaboration and performance opportunities across Canada, and internationally in Cuba, Germany, Grenada and the United States. During this time, he has been earned variety of awards at music festivals and from educational institutions, most recently, "Best of the Fest" at the 2019 Indie Week Festival. A native of Toronto, he has a natural affinity for the city's diverse music scene, which strongly influences his style. His debut single "Bet" is gaining international recognition and has already been streamed over 100,000 times across all platforms. 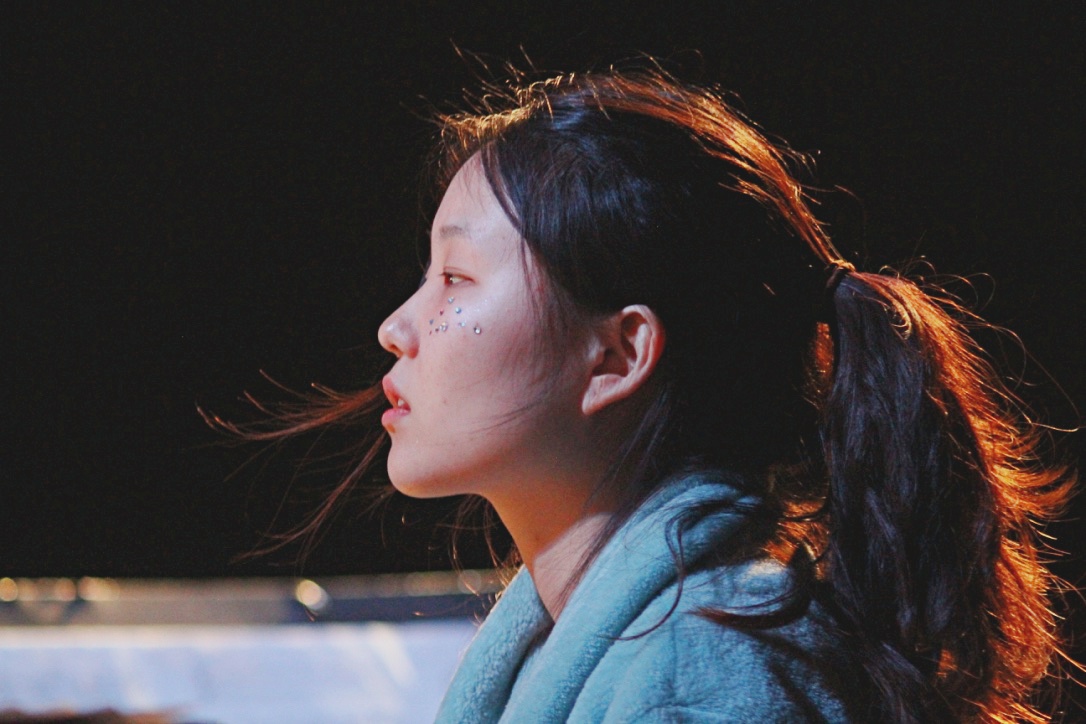 Yeri Lim is a Toronto-based piano player/composer. She recently graduated with a bachelor's degree in music from Humber College, majoring in keyboards. She is currently working on a project for creating sound for visuals and experiment with different sounds to recreate her imagination. 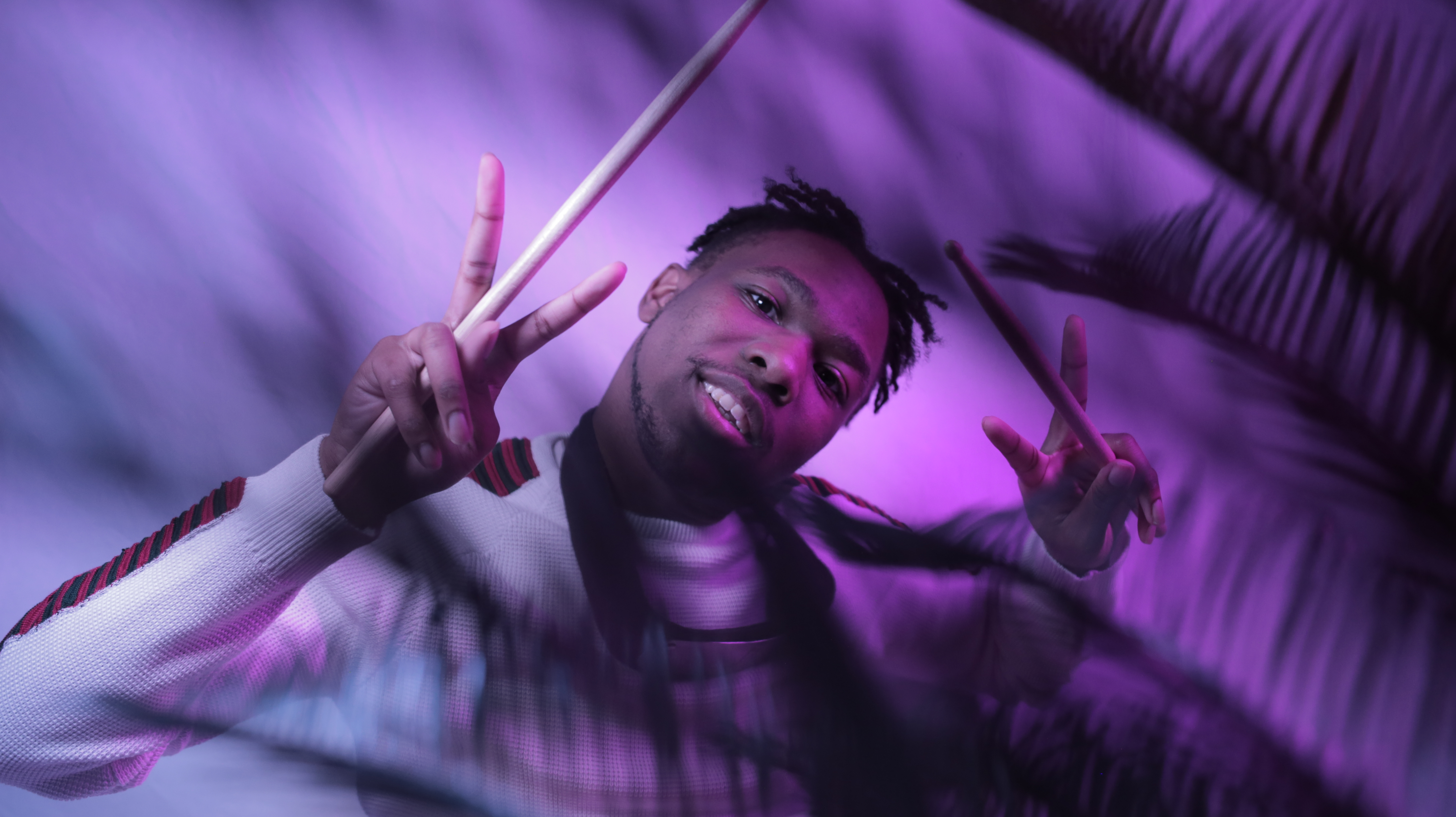 I'm a musician who is always striving to push themselves to new heights. My primary instrument is the drum kit but I also love playing the piano and I find it to be my greatest tool for composition. I have always enjoyed coming up with short melodies and catchy basslines but I have recently found a new passion in songwriting as a whole. The human voice is such an irreplaceable instrument when it comes to telling stories through music and so I find lyric writing to be a great way to tell stories that people can identify with. My compositions are largely influenced by R&B and funk music from the 80's while also borrowing some influence from city pop music from Japan, and modern pop artists like Charlie Puth and Billie Eilish.